Looking For the Four Horsemen or Someone Like Them

If I were a Christian, or any western religion that had a vengeful god at the top of the totem pole, I’d be a tad worried. Maybe a few would be elated if they leaned toward the old rapture scenario but overall I would think worry would prevail.

First Trumpy is elected in 2016, which was bad enough in and of itself. 2017 rolls in and he immediately sets out to A) destroy and demonize America in the eyes of the world while cuddling up to despotic overlords and B) rolls back pretty much all the progress we’ve made in the last 50 years by deregulating or reversing everything he can get his inordinately tiny hands on especially anything President Obama had a hand in.

2017 and 2018 were above average year for hurricanes. Hurricanes Harvey, Irma, and Maria kicked some serious ass. Hurricane Nate was the worst natural disaster in Costa Rican history. The names Harvey, Irma, Maria, and Nate were retired following the season due to the number of deaths and amount of damage they caused. Collectively, they were responsible for at least 3,364 deaths. Hurricanes Florence and Michael pounded the southern states in 2018 causing 50 billion in damage and 172 deaths.

Storms and floods and fires, oh my.

And here’s where it get interesting and vaguely biblical: 2020 and The Plague! arrives. This is quickly followed by a brief but concerning appearance of murder hornets, a close flyby by an asteroid, global swarms of locusts and the 2020 hurricane season is expected to be more active than the 3 years before it. What’s next? Frogs? Boils? Death of the firstborn? Well, that latter may come about if Trumpy gets his way with school openings. Seems to me if there is a god, he/she/it is trying to tell us that rough beast is slouching our way.

Stay safe out there. Wear a fucking mask. 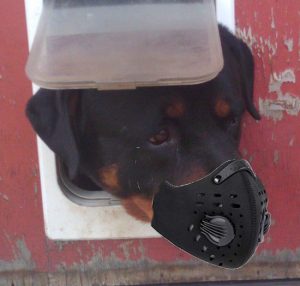 Posted in Reflections | No Comments »